Best Summons in All Star Tower Defense in 2021! 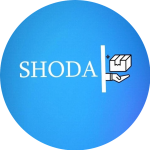 this is one of the most popular games of the moment especially in the “tower defense” section its success is due to the great quality of the game and the inclusion of a store that changes every hour that gives you the possibility to find strong or weak characters depends on the your luck but at the beginning you don’t know very well what to look for and when to use the gems to spin and find the strongest ones, so in this article I show you the Best Summons in All Star Tower Defense !!

below are inserted the unions that are the strongest of the moment, logically you cannot find them immediately in the summon, in fact first you will have to find those to place them that I have put in bold

this is a 6 star character that needs any version of Goku and any version of Vegeta to be placed, this is very strong but it costs a lot so we recommend you to put some farm at least 3/2

character inspired by the anime Babylonia and to place it you need the following things:
3 Arruncur IV, 6 EXP III and 2 Gate

How to make a Nice Roblox Studio ScreenGUI [TIPS]